Nine out of 10 people want to carry on working from home, says report 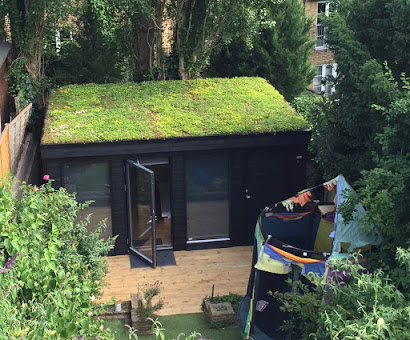 Nine out of 10 people in the UK who have been working from home during lockdown are keen to continue, according to a new report 'Homeworking in the UK: before and during the 2020 lockdown'. It reveals that the percentage of people working from home in the UK jumped from 6% before the pandemic to 43% in April - moreover, it also showed that productivity mostly stable compared to the previous six months.

It follows the BBC's article yesterday that employers are increasingly coming round to the idea of shedworking and homeworking - law firm Linklaters, Lloyds Bank, Fujitsu, and Twitter are among those who believe the time has come to embrace a more flexible working pattern. At the same time, the government continues to be set on telling people to return to offices.

The new report, by Professor Alan Felstead at Cardiff University and Darja Reuschke at the University of Southampton, said 88% of employees who worked at home during lockdown wanted to continue doing so in some capacity, with just under half wanting to do so often or all the time.

More than 40% said they got as much work done at home as they did six months earlier, while a third said they got more done while homeworking.

“What is particularly striking is that many of those who have worked at home during lockdown would like to continue to work in this way, even when social distancing rules do not require them to," said Professor Felstead. “These people are among the most productive, so preventing them from choosing how they work in the future does not make economic sense. Giving employees flexibility on where they work could be extremely beneficial for companies as they attempt to recover from the impact of Covid-19.”

Darja Reuschke added: "This provides an opportunity for us to radically rethink our city centres as multi-use places that accommodate different kinds of economic uses and are not built around fast roads that connect workplaces with residences.”