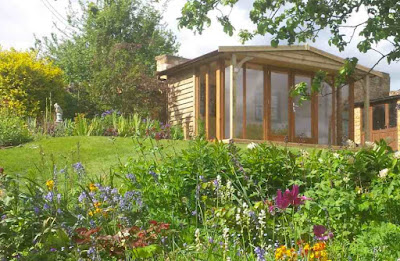 A new shed was the third most common home improvement made over the last five years in the UK, according to figures from Post Office Money, just behind garden landscaping and a new kitchen.

The report suggests that homeowners added an average of £40,000 to their properties by doing the improvements, with an average spend of £14,015. Overall, nearly two thirds of homeowners made improvements to their homes over the last five years, spending £295bn in total across the UK.

Post Office Money's analysis based upon the median asking price of a three-bed semi-detached home in the UK (£286,000) found that properties with these kinds of improvements were on the market for more than 19 per cent higher than the local median asking price.

Chrysanthy Pispinis, Post Office Money spokesperson, said: “Over the past few years, house price growth has slowed, so homeowners have turned to other options to add value to their homes with renovations being a clear opportunity. Making the right changes to your home can increase its market value significantly. If improving your home’s asking price is your priority, it’s important to keep in mind the cost of the improvement and the value it could add.”

While only 5% of those who have made home improvements in the past five years did so with the express intention of moving, one in four improvers  did so because they thought it would be a good investment and would add value to their property. The most popular reason for making home improvements was to improve the look of a home (59%).

Wednesday posts are sponsored by Eurodita, the leader in serving smart dealers
Posted by Alex Johnson at 11:17 AM