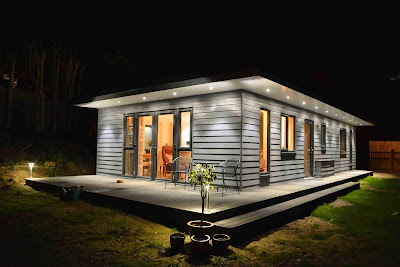 Their figures show that while the most common improvement since 2014 was a new kitchen (25%), it was closely followed by garden landscaping (18%) and then a new shed (16%). These homeowners spent £14,015 on average - though the number of homeowners making improvements has dropped by 10% since 2016, the amount spent per home has increased from £12,000.

Those who have made changes to their home estimated that the improvements increased the value of their property by £40,000, from an average of £210,000 before the improvements to £250,000 afterwards. Overall, the report's authors argue that these kinds of works add about 10 per cent to the price of  a three-bed semi-detached home in the UK.

Post Office Money spokeswoman Chrysanthy Pispinis said: “Over the past few years, house price growth has slowed, so homeowners have turned to other options to add value to their homes – with renovations being a clear opportunity. Making the right changes to your home can increase its market value significantly; if improving your home’s asking price is your priority, it’s important to keep in mind the cost of the improvement and the value it could add.”

While only 5% of those surveyed made improvements to their home with the express intention of moving, one in four improvers (28%) did so because they thought it would be a good investment and would add value to their property. The most popular reason for making home improvements was to improve the look of a home (59%).

In order to fund these renovations, three quarters (74%) of homeowners used their savings to fund their renovation, one in five (18%) used a loan or credit card, while one in fifteen (7%) used equity release or mortgages to fund their improvements.

Chrysanthy Pispinis added: “Home improvements are not all about making changes which add value for re-sale. Nearly two thirds of the homeowners we polled had no plans to move. Renovations allow homeowners to create homes that reflect their needs and tastes, with the potential added benefit of adding value in the long term.”
-----------------------------------

Saturday posts are sponsored by iHUS Projects, specialists in the design and build of granny annexes for elderly and disabled care.
Posted by Alex Johnson at 11:37 AM