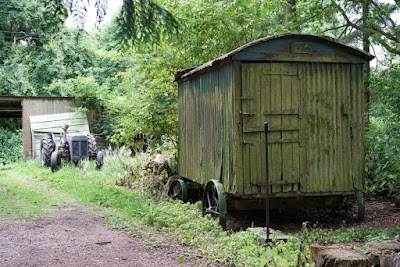 Photographer Nico Gooden is renovating a 19th century shepherd's hut owned by his grandparents - pictured above - following a move from London to Dorset. Here's what he says:


I'm taking as many photos as I can to ensure I'm able to put it back together as faithfully as possible once each part has either been restored or replaced by a new one. It's a big project and I already at times feel I may have had a moment of madness taking this on, but I also feel a duty to preserve this piece of Dorset history which crosses over the boundaries between classic vehicle and historic building.

Lots more pictures on Nico's site here and he's also vlogging (or whatever this is called nowadasy) about it - see below for his first episode. Definitely one to keep an eye on.

Tuesday posts are sponsored by Garden Spaces, suppliers of contemporary garden buildings, offices, gyms and studios, many of which do not require planning
Posted by thealexjohnson at 11:50 AM