Treehouse of the year 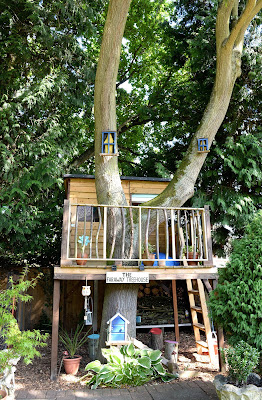 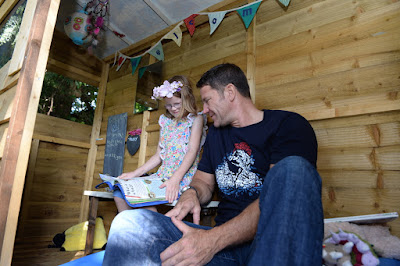 'The Faraway Treehouse’ in Norwich has been named UK’s Top Treehouse in a competition run by Center Parcs.

The winning treehouse was built by the Jennings family from Norwich as a joint project between dad Matthew and his six-year-old daughter Ruby, with mum Becki acting as assistant. The design was inspired by Ruby's love of the Enid Blyton series of Faraway Tree books and was built using recycled wood sourced by Matthew, an architectural technologist.

A shortlist of ten announced earlier this summer included treetop creations with double-length slides and climbing frames as well as family-made structures that has been passed down multiple generations. But the judging panel - made up of adventurer Steve Backshall, CEO of Center Parcs, Martin Dalby, and Center Parcs’ Chief Treehouse Builder Tom Courtney - were especially impressed by the imagination behind ‘The Faraway Treehouse’, the teamwork involved and the ongoing commitment to improving and evolving the treehouse as a space that the entire family can enjoy.

“Ruby and I spent almost every weekend for three months working tirelessly to build something that matched her creativity and we’re so proud of what we have made," said Matthew. "Not only does The Faraway Treehouse give us so much joy as a family, it just shows that a small budget and quality time spent together can really turn into something special. This is just the beginning, if I have my way we will keep adding to the garden for years to come.”

Thursday posts are sponsored by Cabin Master: garden offices and studios to fit any size garden. Top quality contemporary or traditional buildings.
Posted by Alex Johnson at 9:35 AM