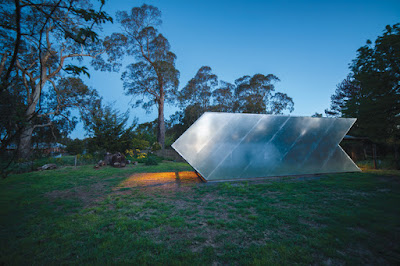 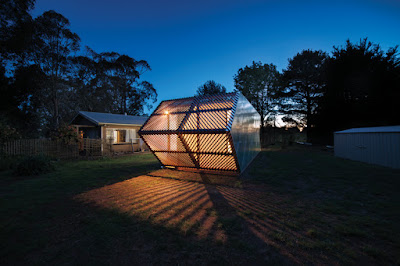 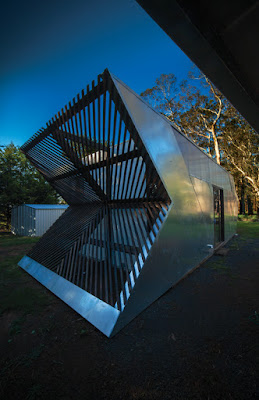 A reminder that not all garden offices have to be rectangular-ish, the Arrow Studio by Australian architects PHTR was built as a mixed-use shedworking atmosphere, combining a (largely plywood-built) garden office with a gallery for the art work of client's late wife. But why the intriguing shape?


For security reasons, as well as to maximize hanging space, we were asked to have minimal windows, and for those windows to be framed in a way that intruders could not break in. This became the generator of the shape, which hides the windows behind the screened areas at each end. The project was an excuse to do a variation on the modern white cube so often associated with the gallery space. We were also interested in rethinking the Australian steel clad country shed.