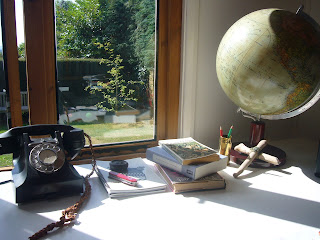 Writer and musician Mark Brend has just launched his debut novel, Undercliff, on crowdfunding platform Unbound. It's a supernatural thriller set in the 1970s, mainly in Devon, although the book itself was written in his actual shed – 10ft by 8ft (pictured above and below) – also in Devon. It follows a thirtysomething regular guy at a loose end after a divorce. He joins the Vine - a sort of post-hippie free church - and at first embraces it wholeheartedly. But then doubts and suspicions start to creep in. Much of the book’s action takes place at a retreat house in Devon, called Undercliff. Here's a snippet:


I could see, even in the moonlight, that the house was big, and in some disrepair. It presented a plain, almost symmetrical frontage, with two sets of four windows of equal size, two on the ground floor and two on the first floor, flanking the porch. Above this was a single slightly larger window, which was boarded up. The building was coated in a pale render – crumbling in places – which, daylight later revealed, was once powder blue. I learned over the weekend that the house dated from the late 1920s, which accounted for the rusting metal window frames. An architect in thrall to art deco had built it for a gentleman scholar who wanted a Georgian-style country retreat with modern amenities. The result was a hybrid that was not unpleasing. What had once been a sweeping drive was overgrown with weeds and a few small shrubs. At the far, seaward end of the house some roof tiles had slipped and a drainpipe had broken away from the gutter and bent away from the wall. In the wind it waved like a reed. 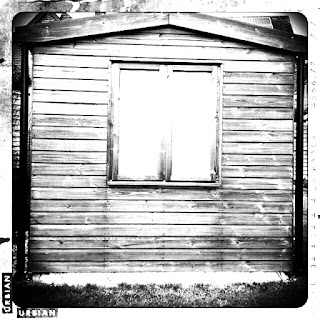 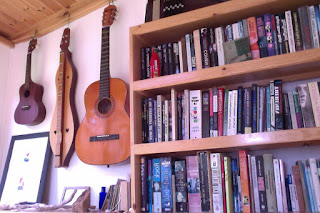 Monday posts are sponsored by garden2office, the Swedish garden office specialists. Click here for more details.
Posted by Alex Johnson at 11:25 AM