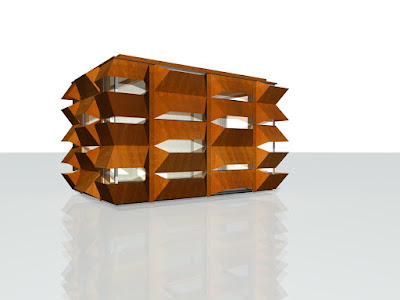 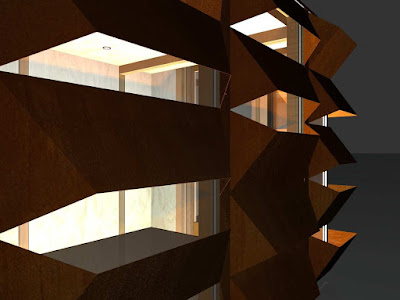 Sawhorse Limited, the company behind 3rdSpace modular buildings and garden rooms, has come up with a new concept featuring a series of dynamic folded steel forms.

Paul Grindley, architect at 3rdSpace, says: "We were originally approached to design a visually-striking garden room and asked to incorporate Cor-Ten steel, a material we have wanted to work with for some time. The challenge was to create something exciting and unique that integrated seamlessly with our existing modular system."

The design allows laser-cut, folded panels to be fitted over the full-height double glazing of the existing system, creating interesting plays of light and forming framed glimpses of views out. The new folded forms also provide flexible levels of privacy and solar shading which can be varied depending on how they are positioned.
The company is now working on developing the feature so it can be offered on other 3rdSpace build projects. 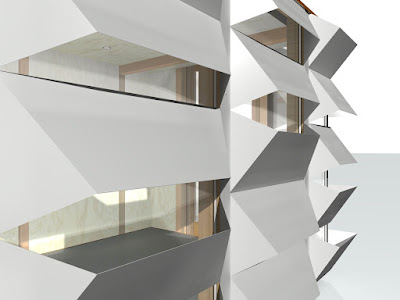 Wednesday posts are sponsored by The Stable Company®, the UK's premier supplier of garden offices and garden rooms. Click here.
Posted by Alex Johnson at 9:41 AM