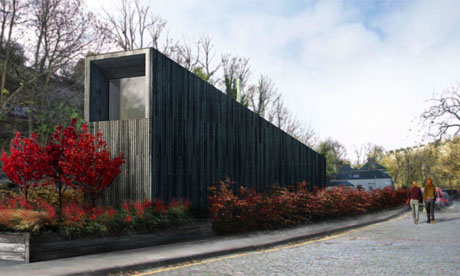 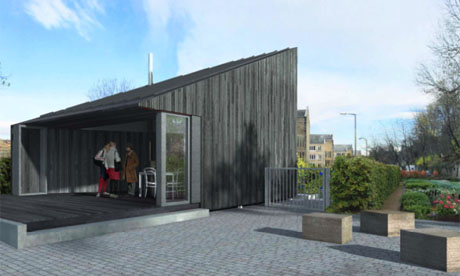 Plans for an allotment shed in Edinburgh's New Town have been criticised by community groups and residents who, according to The Guardian, believe the five-metre high shed designed by Sutherland Hussey Architects could damage views of Georgian Edinburgh. The design is Tardis-like, making the proposed shed appear larger from the back than the front. Its architect Charlie Hussey told the Guardian that the design reflected the character of other local buildings:

"The idea behind it is that it's on the edge of the site, it's unapologetic in it has prominence and it points to the end of Mackenzie Place from Stockbridge. Traditionally these big Georgian piles have gatehouses, small buildings but monumental in that they have presence. We wanted to give this hut the same character. We also liked the idea of creating a warped internal space, where it's very tall at its narrowest point and shallow at its widest point."

Wednesday posts are sponsored by The Stable Company®, the UK's premier supplier of garden offices and garden rooms. Click here.
Posted by Alex Johnson at 12:31 PM