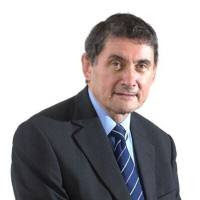 Sir Harry Burns – Professor of Global Public Health, University of Strathclyde – will serve as patron of the SMSA for the next three years. He was Chief Medical Officer for Scotland for nine years and was known for his accomplishments in addressing health inequalities.

Jason Schroeder, Executive Officer of the SMSA, said: “We are honoured to welcome Sir Harry Burns as our patron. The Men’s Sheds movement began in 2009 in Scotland and there are now 188 known open and developing Sheds engaging over 7,000 men across Scotland and they are continuing to grow at a rapid rate.  Sir Harry’s support will be key to create awareness and gravitas of the vital work that we do to improve men’s health and wellbeing.  We are very much looking forward to working closely with him.”