How to recognise if you have woodworm in your shed 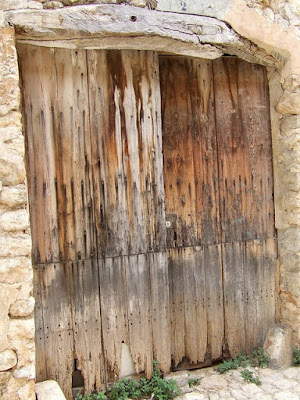 In this guest post, Jake Ryan from Wise Property Care looks at the problems of woodworm (image: Dave)

Temperatures are gradually beginning to increase as the summer season draws closer. However, this warm weather will also attract insects as woodworm will slowly start emerging from timber to begin mating and potentially laying eggs in your garden shed. The wood boring beetle normally emerge from timber between April and October to lay eggs. Therefore, at this time of year, it is important to know how to recognise the signs of woodworm before extensive damage can be done to your shed or garden office.

Woodworm is the generic name for the larvae stage of wood-boring beetles. Woodworm begin mating in May and will search for nearby timber to lay their eggs. These eggs eventually hatch and for up to five years, the larvae will eat their way through the wood. After this time, the fully grown beetle will then emerge from the timber in search of a mate and then will find new timber to lay its eggs in. New eggs are laid within the timber and the process starts all over again. While eating their way through the timber, the larvae create a series of tunnels which can eventually affect the structural integrity of a building.

If the timber within the shed or garden office has previously been infested with woodworm, you should notice small burrow holes in the wood. These holes are similar to holes found in a dart board and the exit route taken by beetles emerging from the wood in mating season. However these exit holes are not always a cause for concern as this is where beetles have burrowed out of the wood, it is not always a cause for concern. Burrow holes alone can not determine whether or not there is still larvae within the timber but the shed must be examined for other signs of woodworm if burrow holes are present. It is common to find raised “tunnels” within the wood alongside burrow holes. This indicates the route taken by larvae beetle as it eats its way through the wood.

Fine, powdery dust known as frass may be evident near the burrow holes. This dust is known as frass and it is the faeces left behind by larvae beetles. The frass is quite similar to moist sawdust and indicates the garden office is infested with woodworm. Crumbly Edges

If the infestation is left to grow over time, the amount of burrow holes in the timber will naturally increase. As the number of exit holes increase near the edge of the timber, this will cause the timber to appear crumbly over time as a result. This is caused by wear and tear from the multiple burrow holes near the edge of the timber. Crumbly edges would suggest that the timber has been infested with woodworm for a long period and therefore must be treated immediately to avoid further damage to the shed.

The greatest indicator that a shed is infested with woodworm is finding dead or alive beetles in close proximity to the shed or emerging from exit holes in the timber. As beetles generally emerge from the timber during the summer, any signs of beeltes in close proximity of the shed in this time may be a cause for concern. The “Common Furniture Beetle” is a very common woodworm beetle to find in the United Kingdom. It is common to find dead “Common Furniture Beetles” as they tend to die shortly after mating. These beetles are small and brown in appearance

WHAT SHOULD I DO NOW?

Tuesday posts are sponsored by Garden Spaces, suppliers of contemporary garden buildings, offices, gyms and studios, many of which do not require planning
Posted by Alex Johnson at 10:57 AM