Massive rise in the number of homeworkers over last decade, says report 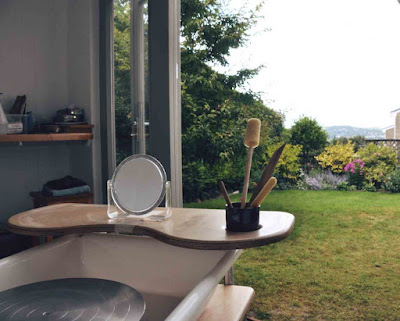 According to analysis by BBC 5 Live Wake Up To Money using figures from the ONS, there was  a 74% leap in the number of people working from their home and garden office between 2008 and 2018. Their figures indicate that 1.54 million people work from home for their main job compare to 884,000 ten years before.

As well as shedworkers and other homeworkers based entirely at home, the figures show there has also been an increase over the same period of in the number of people who work in 'third places' such as coffee shops and co-working spaces but with their home as a base, up by 200,000 to about 2.66 million.

There's an interesting article about working from home in general to go with the figures on the BBC site where there are also links to the radio programme which discusses it. Among interviewees are a woman who takes the batteries out of her doorbell to prevent distractions,

Wednesday posts are sponsored by Eurodita, the leader in serving smart dealers
Posted by Alex Johnson at 11:53 AM