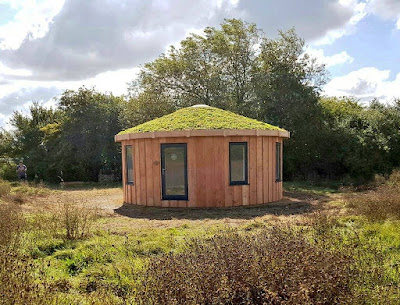 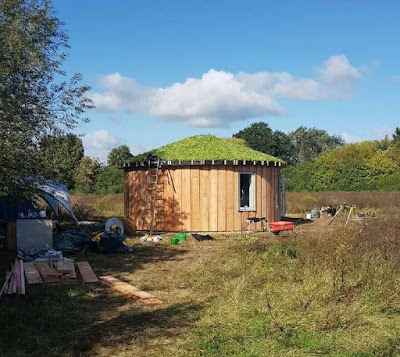 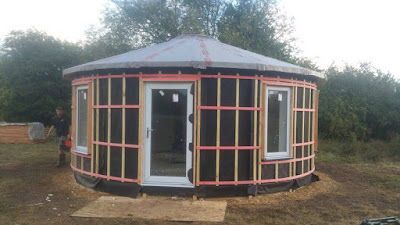 As we frequently say on Shedworking, children need sheds too. Here's a lovely example from Rotunda Roundhouses, a 6.5m Rotunda with sedum roof that will be used at an early years school. Already christened 'Saplings', it took just seven days to get into place and Rotunda used social media to chart the build (we've put them in reverse order).

Tuesday posts are sponsored by Garden Spaces, suppliers of contemporary garden buildings, offices, gyms and studios, many of which do not require planning
Posted by thealexjohnson at 9:13 AM