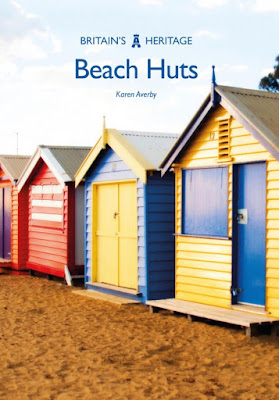 A nice addition to any shedworker's bookshelf, Beach Huts by architectural historian Karen Averby is a short history from Amberley Publishing about everybody's favourite seaside shedlike atmosphere. Here's what the publishers say about it:


The humble and colourful beach hut can be seen up and down Britain’s coastline. Now something of an architectural icon, the beach hut seems as though it has been around forever although it is an invention of the twentieth century. From the eighteenth century the beach changed from a place for fishermen and smugglers to a fashionable place where the wealthy could recover from illness. In the nineteenth century the coming of the railways and the introduction of holidays for workers made the coast increasingly popular. A growing demand for entertainment and accommodation led to the birth of the seaside resort and, with it, the development of the seaside that we know and love today.