If you've ever fancied your hand at following Godfather of Shedworking Henry David Thoreau's efforts at Walden, then your luck is literally in. After 10 yeas of development, a new video game has been launched called Walden in which the designers say you get to:


Play as philosopher and naturalist Henry David Thoreau in his experiment in self-reliant living at Walden Pond. Live off the land, seek out the small wonders and beauties of the woods, and find balance between your need to survive and your desire to find inspiration.

The game takes around six hours and starts in the summer of 1845 when HDT built his famous cabin, finishing around the end of his first year in the woods.  Now it's up to YOU to survive each season pondside, track down food, and make sure your hut doesn't disintegrate. But the game also encourages you to take some time to stand and stare, as well as meet HDT's famous friends and associates including Ralph Waldo Emerson.

Walden is available for PC and Mac in an early access Alpha version. More details here including how to download and pay ($18.45). 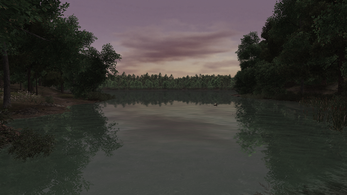 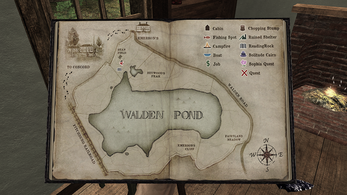 Tuesday posts are sponsored by Garden Spaces, suppliers of contemporary garden buildings, offices, gyms and studios, many of which do not require planning
Posted by Alex Johnson at 9:47 AM