How Millennials are re-imagining the shed for the 21st century 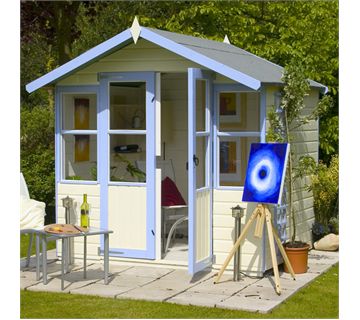 The study also shows that Britain’s over-55s are investing the least amount of money into their sheds (£306), compared with young adults, aged 18-24, who spend on average £420.

-
Monday posts are sponsored by garden2office, the Swedish garden office specialists. Click here for more details.
Posted by Alex Johnson at 11:10 AM