Beach Hut of the Year 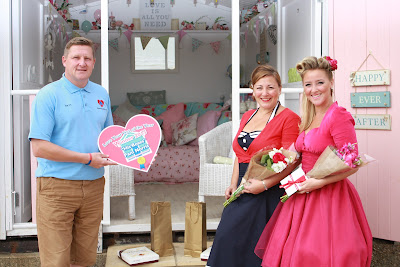 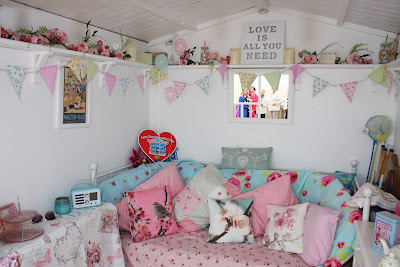 Retired teacher Pam Norris has been awarded first prize in the national beach hut competition organised by insurance company Love Your Hut. She won £500 to spend at Cath Kidston, plus a bespoke winner's plaque. Pam's beach hut is named 'His Roses' in memory of her late husband Vic.

Mr Norris was the former head of drama at the West Hatch High School in Chigwell and a wellknown charity fundraiser. At their last family Christmas celebrations, he wrote a song for his three daughters - Vikki, Carli and Sophia - called 'Roses in my Garden'. It was this song that inspired the 'His Roses' name for their winning hut.

Mrs Norris from Colchester said: "I was just so thrilled. I never win anything. It was just lovely, and bittersweet really. We love that hut. It is such a peaceful, lovely place. To everyone else it’s just a hut but to us it’s a beautiful sanctuary. It exudes peace and warmth."

At the ceremony were daughters Vikki Myers and Sophia Norris (in pink dress) and Love Your Hut's Matthew Briggs who chaired the panel of judges (which included me). 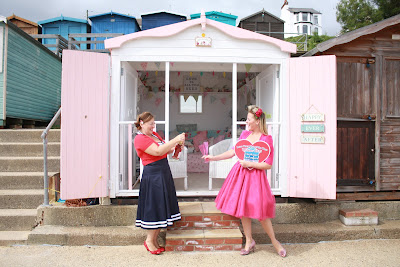 Wednesday posts are sponsored by The Stable Company®, the UK's premier supplier of garden offices and garden rooms. Click here
Posted by Alex Johnson at 2:42 PM