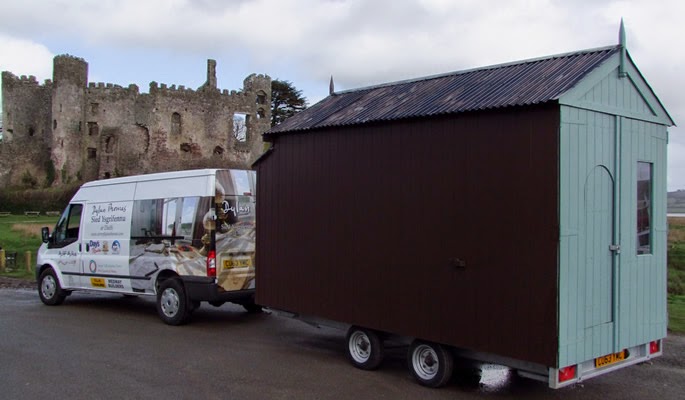 As we've mentioned before on Shedworking, a pop-up version of Dylan Thomas’ writing shed is on the road and this week it's in London for a week of celebrations of the writer's time in the capital. Events include A Shed of One's Own, a photographic celebration of shed at The Buildings Centre in Store Street, WC1E. The nicely recreated shed will also be there if you fancy a look around (there's a nice piece about its time in Leicester here).

Shedworking factfans will also be interested to discover that while Thomas lived in a flat in Delancey Street in Camden, he wrote in a caravan which was parked at the end of the garden, a kind of trial garden office for his writing shed near the Boathouse in Laugharne (although he found the caravan a bit cold and damp apparently). It's not clear whether it's still in situ but it certainly was as recently as 1983 when a Blue Plaque was set up at the address.

-
Monday posts are sponsored by garden2office, the Swedish garden office specialists. Click here for more details.
Posted by Alex Johnson at 10:20 AM