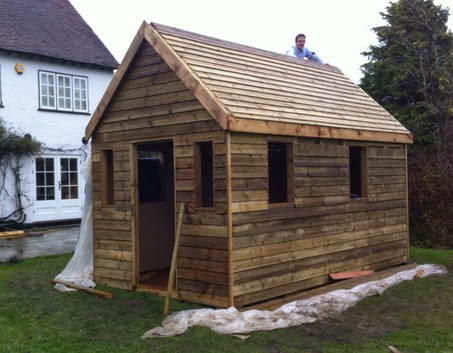 Mark Burton from Tiny House UK has put together a special Tiny House Kit for the growing numbers of people in the UK who are following the US trend and want to build their own shedlike atmosphere. It's being put together - in a five day test drive - by journalist Tom Rawstorne for an article in the Daily Mail this coming Saturday (early peak above looks impressive but it will be revealed in its entirety in the feature).

Tuesday posts are sponsored by Garden Spaces, suppliers of contemporary garden buildings, offices, gyms and studios, many of which do not require planning
Posted by Alex Johnson at 10:02 AM