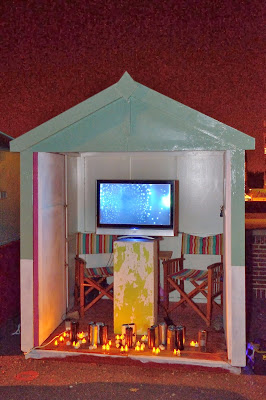 The fine folk at Beyond Church in Brighton are once again putting on their excellent beach hut advent calendar during December. We've reported on this since the very start (and one year on a daily basis in conjunction with The Independent newspaper which was frankly a bit exhausting) so we're delighted to see them still going strong.

Tuesday posts are sponsored by Garden Spaces, suppliers of contemporary garden buildings, offices, gyms and studios, many of which do not require planning
Posted by Alex Johnson at 7:54 PM