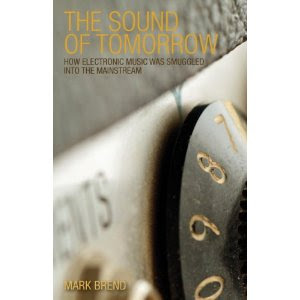 Devon-based author, musician and shedworker Mark Brend has a new book out today about early electronic music called The Sound of Tomorrow. Of particular interest to Shedworking's readers will be the role that sheds played in early British electronic music. Tristram Cary, the first British composer to experiment with electronic music, worked in a corrugated iron shed/studio in Fressingfield, Suffolk for many years. In the late 1960s he formed EMS, which produced the first British synthesizers, with Peter Zinovieff. Zinovieff too was a shedworker, operating a garden studio in Putney which backed onto the river. Click the video below from British Pathé to see Peter Zinovieff walk to his shed at the bottom of the garden, go inside and reveal his shedworking setup...