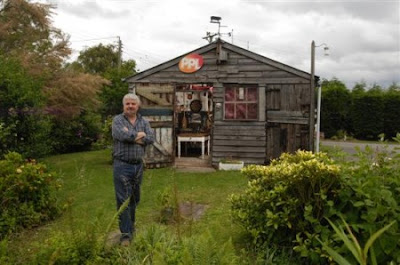 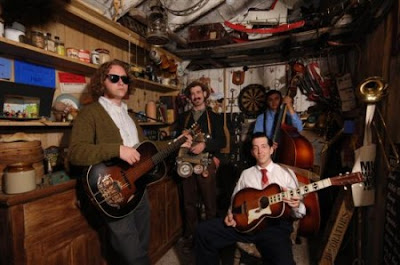 Large congratulations to Jon Earl whose Songs From The Shed is a very worthy winner of this year's Shed of the Year. We've featured Jon's shedworking music studio where bands - including US roots maestros Pokey Lafarge, above - play acoustic sessions which are then uploaded onto YouTube (as well as the official site) several times on Shedworking in the past: now more than 1,000 musicians have had their songs videoed inside what was originally a First World War billet hut including Steve Harley and a gospel choir and there's a waiting list of 100 bands eager to be part of his music revolution. More details over at Shedblog.

Monday posts are sponsored by garden2office, the Swedish garden office specialists. Click here for more details.
Posted by Alex Johnson at 9:12 AM