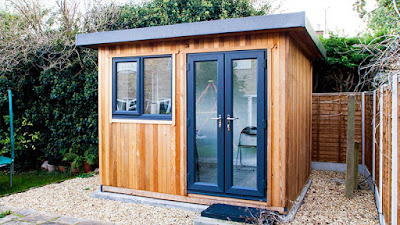 Around 46 per cent of shedworkers and other homeworkers feel the need to prove they are actually working while working from home rather than mucking around, according to a study by LogMeIn.

In their global poll of 3,000 including 500 UK workers, people working from home said they felt pressured to be more responsive on email (36%) and working longer hours (23%). At the same time, nearly a third said they worked more efficiently from hom and wasted more time when in traditionals offices talking to colleagues or spending unproductive hours online (although one in four admitted that pets, family, neighbours and the television distracted them while working from home).

“This points to a clear problem within the culture of UK businesses and ultimately reduces productivity. My advice to businesses would be: trust your employees to do the job and don’t miss the opportunity to improve their wellbeing,” said Steve Duignan, VP international marketing at LogMeIn.

Despite the extra stigma they felt, just under a third of people still said they felt happier while working from home because of more flexibility in breaks, ending the commute, and focusing on their tasks, and a better general work-life balance. Around a quarter said they worked in their pyjamas which seems a very high figure to the Shedworking team.