The return of the Anderson shelter 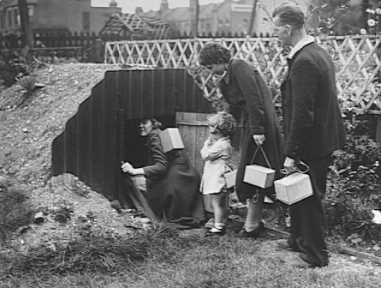 A cracking article by David Lavelle in The Guardian looks at the rise in popularity of the Anderson shelter and points out that "restoring air raid shelters has become a niche hobby with people repurposing them as sheds or outdoor studies". Here's a snippet:


The survival of Anderson shelters is not only due to their sturdy structure. Millions of families took refuge in them during the war and told their stories to succeeding generations, preserving them in our cultural imagination, too. “I think the Anderson shelter is an icon because so many people had them,” Liz Johnson says. “They figure in many wartime novels and films. I think they do appeal to our den-building fascination.” The shelters are also one of the few relics of the period that can still be utilised. They are an effective and fun way of educating young children about the realities of the home front, and many people are still putting them to good use in their gardens. Johnson says she intends to keep her shelter for as long as she owns her house and has plans to develop the inside as a sleep-out space for her children.