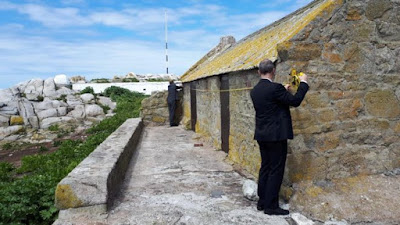 The BBC is reporting that one of the 20 granite huts on Les Minquiers (about 10 miles south of Jersey) has been bought by a Jersey company in an undisclosed six figure deal handled by Jersey law firm Viberts. Described as the size of a garden chalet and usually handed down within families, they only come up for sale at an average of about once a decade - some have not appeared on the market at all since they were first constructed in the 19th century.