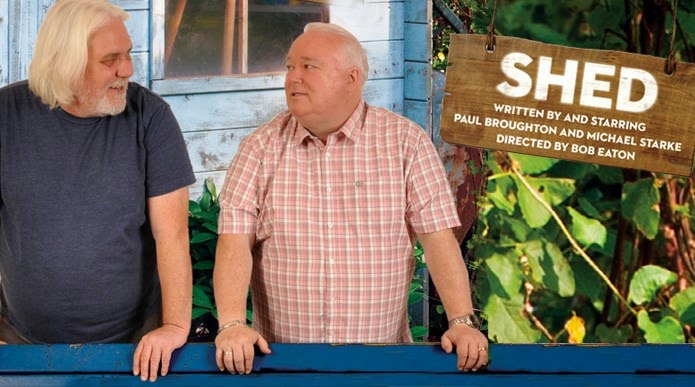 An interesting new play at the Royal Court, Liverpool, directed by Bob Eaton and starring Paul Broughton and Michael Starke, runs from April 10 to May 9. Here's the bumph.

"Spring is in the air and the spuds are in the ground. When two blokes want to sit down and have a laugh without being bothered by anyone else there’s no place better than an allotment shed. And when those two mates have been best buds for the more than 50 years there’s a lot of water has flowed under the bridge. Most of it funny but some of it troubled. It’s just another day in the shed and the banter flies thick and fast as they talk about the old days, girlfriends and the best way to boil a sprout. But things are never quite how they seem. Two giants of the Liverpool stage Paul Broughton and Michael Starke have written and star in this great new bittersweet comedy about friendships, secrets and sheds."

Wednesday posts are sponsored by The Stable Company®, the UK's premier supplier of garden offices and garden rooms. Click here
Posted by Alex Johnson at 9:46 AM