Shedworking is a daily updated guide for people who work in garden offices and other shedlike atmospheres. 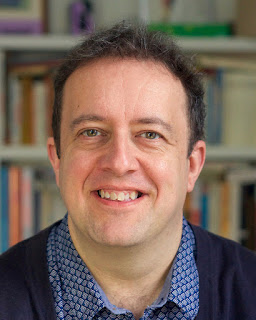 It is edited and published by Alex Johnson who has been part of The Independent newspaper's online team since 2007 and the founding editor/publisher of two internationally popular blogs, Shedworking and Bookshelf and most recently The Micro Life. His book Shedworking: The Alternative Workplace Revolution was published by Frances Lincoln (2010), followed by Bookshelf (2013) and Improbable Libraries (2015) published by Thames & Hudson.

His most recent books are A Book of Book Lists (The British Library, 2017), Book Towns (Frances Lincoln, 2018), Shelf Life (2018, The British Library). In 2019, he published three books, the Shed Manual (Haynes), Edward Lear and the Pussycat: Famous Writers and Their Pets (The British Library), and Menus That Made History (Kyle). He has also written two writers' trumps card games called The Writers Game (2018, Laurence King).


Alex is an experienced journalist who has been editing, writing and designing for national magazines, newspapers and charities - including Crohn's and Colitis UK, Age Concern, The Primary Club, and the Mentoring and Befriending Foundation - for the last 25 years in the UK and Spain. He is also a half-decent snooker player and a founding judge of the annual National Shed of the Year competition.