Garden offices are encouraging moves to the country, says report 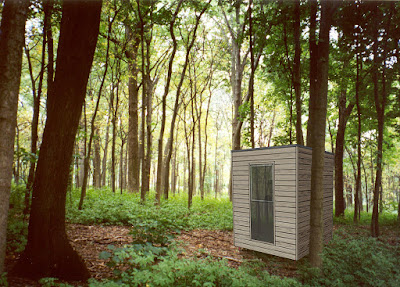 Homes with garden offices are becoming the most coveted properties and encouraging people to relocate to rural areas, according to a new report from Purplebricks.

Its figures underline how shedworking or working from a designated home office are encouraging increasing numbers of people to move out of urban areas - and conversely that a property which has either of these is now the proud owner of a major selling point. Overall, the report suggests that more than a third of residential properties on sale now have some kind of an office.

The most popular areas for homes with offices according to Purplebricks are:

A close look at the figures indicates that homeworkers tend to settle in spots with decent connections to larger population areas rather than locations which are totally isolated. Focusing on major cities, London had the highest number of properties with designated work spaces, with Birmingham in second place, although the majority are in the suburbs rather than the main centre.

Michael Bruce, the chief executive of Purplebricks said: “The attraction of working from home is clear and is proving more appealing to a growing number of people who are fed up with the daily commute to work and prefer a stroll across the garden.  The increasing cost of office space in cities and better internet connections mean that companies are more prepared to allow their staff to work from home so it's no surprise we are seeing offices mentioned as an important feature amongst those wanting to sell a property. As we witness a real change in the way people work, it seems the kitchen table just won't cut it anymore.”

Monday posts are sponsored by garden2office, the Swedish garden office specialists. Click here for more details.
Posted by Alex Johnson at 10:33 AM